A Wise Wizard In A Stone Tower 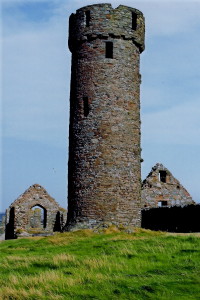 The scene is set in central Western Europe, during the 15th Century.

The central character is an elderly and scholarly man. He has a wild head of grey hair and an unkempt flowing beard. He wears a tatty purple robe, with dark animal fur cuffs and a fur collar. Under his robe is a knitted doublet over a simple button-less shirt. Also he wears loose fitting breeches. His robe is adorned with mystical alchemist symbols and astrological symbols: he is a learned wise wizard.

Wizard occupies the top level of a circular stone tower. This is his workspace, his eating area and his sleeping quarters. He is surrounded by manuscripts; ancient leather bound volumes and charts.  They are bound and made from the skins of animals, with ink lines etched into them of the terrestrial and celestial worlds. He has books / journals with blank pages of parchments and quills in ink wells are scattered around on tables here and there.

The scene is set during the evening, it’s night-time.  There are candles burning in ceiling held holders and other candles near the writing areas. The room is filled with the soft glow and the smell of burning wax.

The wizards meals brought to him. This man is treated well, good food and wine. Whatever the wizard needs he receives without question.

It’s a good thing that he is waited on, as it’s a few hundred steps up and the same down the stone tower, he’s too old to be going up and down these days.

He is in the employ of a king. The King seeks to expand his wealth, territory and power in the area. The king frequently comes to see the wizard to seek his counsel. However, the king likes the wizard. The wizard is wise and knowledgeable, the King always learns things from the wizard. The King must maintain his royal composure. He cannot confide with others in his realm, except the wizard. In the presence of the wizard, the King can relax and be more natural.

And so the wise wizard knows the kings plans. And the wizard advises the king on the best 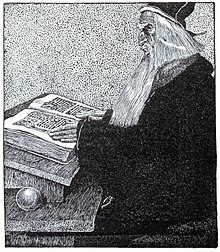 time to do things.  In many cases the wizard also provides tactical suggestions and political strategies to assist the king.

So as a result, unfortunately for the wizard he is kept in the tower under “house arrest”. And the wizard is a prisoner, because the king cannot afford for the wizard to be ever be captured.  Because he is far too valuable an asset.

“So the knowledge gained by the wizard was supposed to set him free, however that knowledge was what imprisoned him in that life. “

The integration aspect of that past life regression session was:

“for that client to go forth into the world with his knowledge, with his gifts without the fear that he would be imprisoned again in his present lifetime.”

Contact us for a brief discussion about how we can help you.